Here we have a unit of auxiliary infantry from Newline,  like my previous post they came from an I'll considered bid on Ebay, coupled with a desire to get a bargain! I largely avoid Ebay now but with my need to mobilise a Roman army these lead reservists have been called up.
I didn't think I'd had them that long but I now realise I've moved house twice since I got them plus my daughter was in primary school and I am now taking her to look at universities as she is doing her A levels,so I think they qualify for this location! 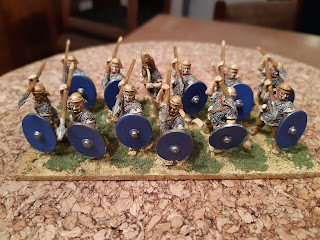 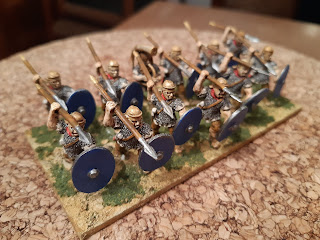 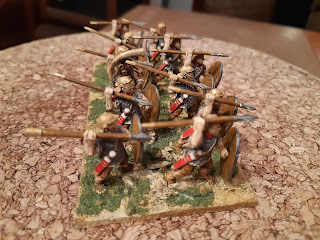 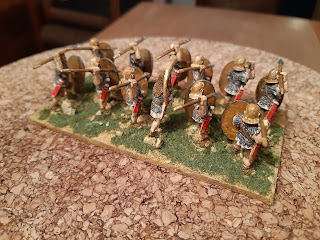 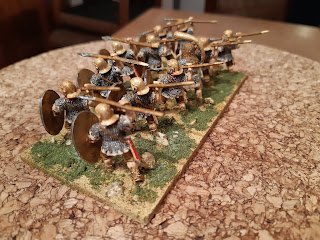 Newline  figures seem a little simple and plain in their unpainted state but I think come up quite nicely with the application of paint,certainly enough detail and frankly not too much!
They was something of a throwback to the past as these chaps were bought primed in white and I've had to adapt,  I know with contrast paints white primer is making a comeback but it's still a little weird to me!
Plain shields on these, maybe the next unit will get a bit of decoration.
Next up some more dark age types.
All the best
Iain
Posted by caveadsum1471 at 10:03