Here we go Stew, another dog's dinner of a unit! It's a rather varied bunch of theiving, Balkan retrobates made up of two old glory figures, three Redoubt figures (I think!) Two warlord plastic ECW types with heads I took off old glory landsknechts because I didn't think they were appropriate but thought they'd come in useful and they have!
The final unknown eBay purchased figure also got an old glory head swap, the horses are equally mixed. The flag is from a Perry plastic set,overpainted a bit.
I quite like them as it goes,they really don't look the least bit uniform, which is all to the good! 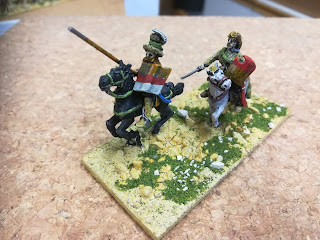 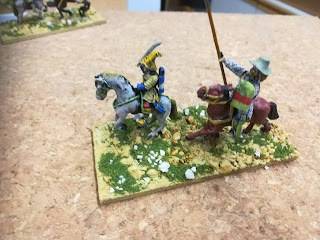 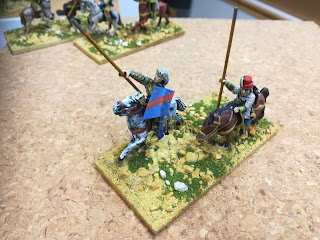 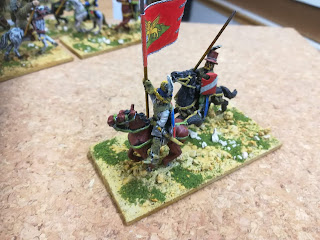 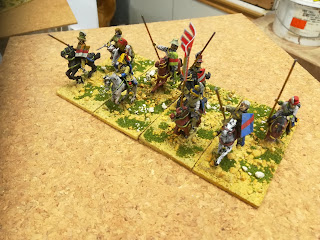 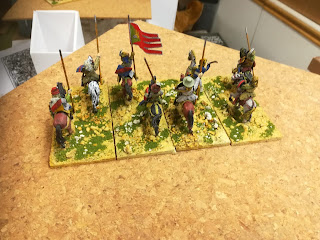 There is another unit of mounted crossbow men in the que, together with another pike block, I'll probably finish some terrain before them though.
All the best Iain
Posted by caveadsum1471 at 22:13 40 comments:

Another unit of mounted crossbow men, once again mostly hinchcliffe with added Perry plastic heads with a few unknown ebay late mediaeval types to make up the numbers, gone for a more red and green type livery this time which I'm pretty happy with. The French flag is from the Perry plastic light cavalry set. 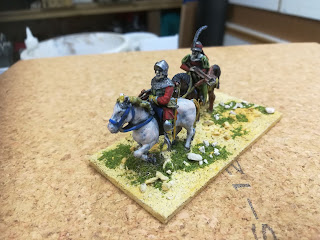 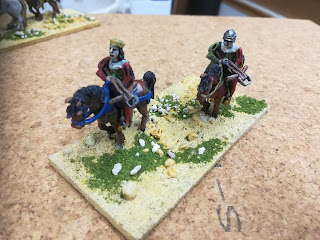 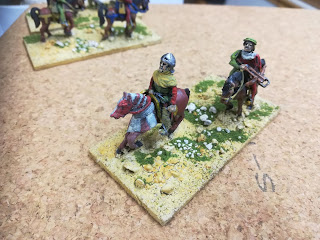 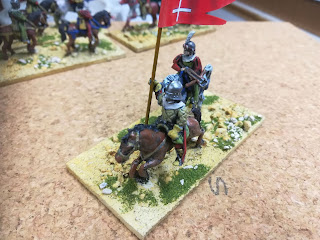 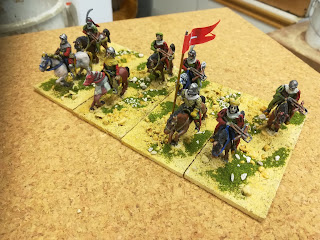 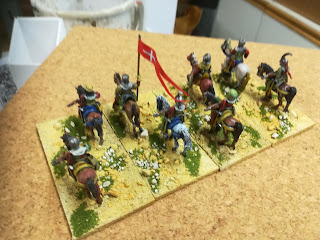 Next up another unit of stradiots in Venetian service and then probably more terrain, which I'm spending a fair bit of time on , the next pike block is probably a while off.
All the best Iain
Posted by caveadsum1471 at 10:56 40 comments: