Finally here are my next 2 regiments of French line infantry(both Warlord games ) the 2nd and the 45th for the danube campaign, the plan is 5 more line infantry and then 2 rgiments of hussars and chasseurs and a regiment of dragoons,they're  all built  (they're mostly plastic ) and primed for about a year now!
These 2 regiments and one of the cavalry units will all be sabot based so I can use them for skirmish, I think we're going to use Chosen Men 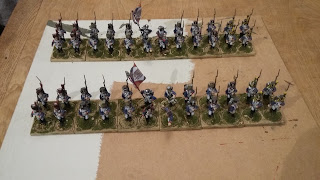 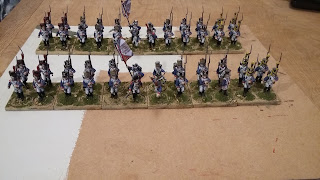 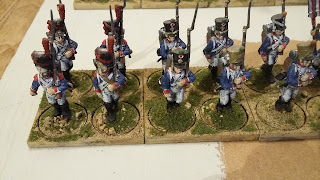 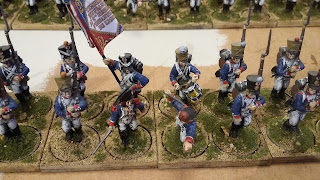 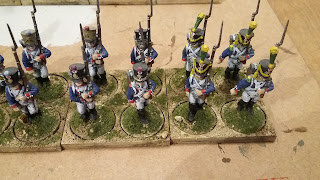 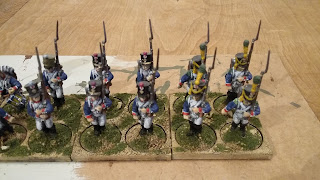 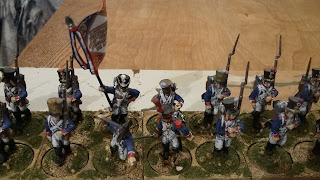 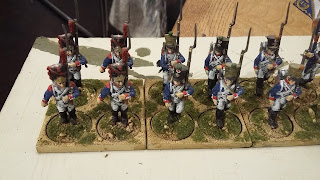 So I'm prepping for the Analogue painting challenge now and I was going to try and get some terrain done before the challenge but now I can do it in the challenge which is great!
Next,  maybe some renaissance artillery or some War of the roses.
All the best Iain
Posted by caveadsum1471 at 21:34 22 comments:

I've been a bit embarrassed about the terrain I have, most of it is semi finished, done enough to play with but much less finished than the figures also I've been concentrating on figures/armies .
Now I think I need to start addressing this. As a start I've decided to knock out some roads and rivers, the roads are about 2 1/2" wide and the rivers are more like 3 1/2"wide , they'r strips of vinyl with some sharp sand and emulsion. I think they're good enough, I will add some flock to tie them in with the board and my general basing at some point and I could do with giving the rivers a coat of gloss varnish but for a couple of evenings work they'll do.
I used the roads in a pike and shot battle last night and didn't have enough! 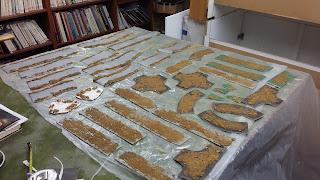 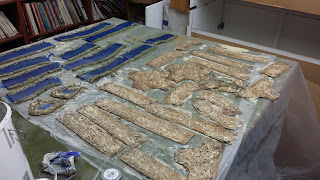 Next up, more terrain I think( I've been inspired by Ray on don't throw a 1 to build a walled Italian town) and maybe some french napoleonic line infantry, maybe!
All the best Iain
Posted by caveadsum1471 at 23:08 18 comments:

So we move on into the 17th century with five pike and shot regiments for the british civil wars or with different flags thirty years wars, especially as if anything these are correct for the early part of the civil war  (helmets on shot and full corslets on the pike )so could move over to the continent.
Next to no flags at the moment, I was going to do at least one set but I have run out of time as I have to empty out the room and sand and stain the floor so they're moving out!
They are made up of an some of an Essex army I got off ebay and some warlord plastics and a single minifigs I've had forever !
A red regiment, a yellow, green, blue and grey regiment. 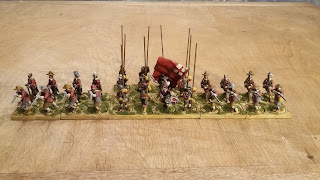 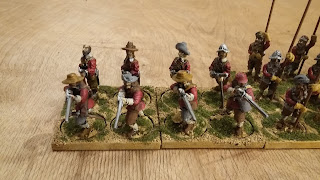 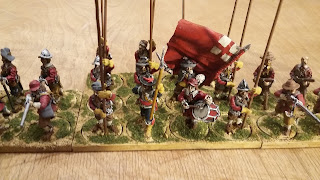 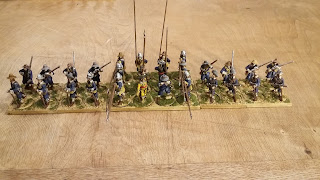 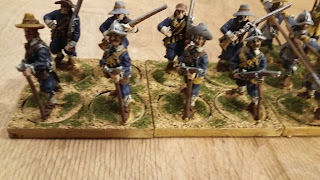 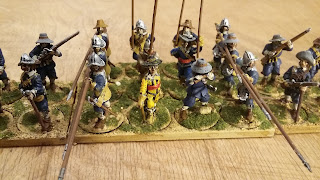 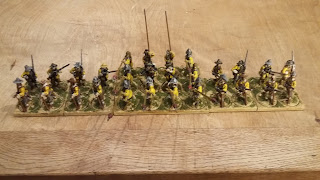 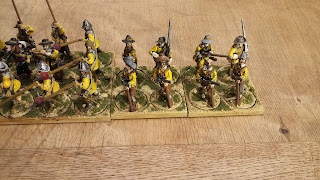 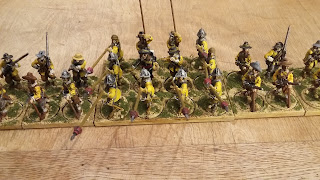 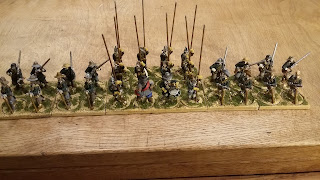 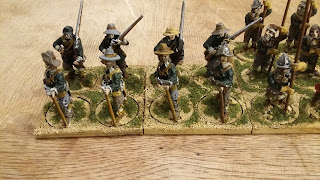 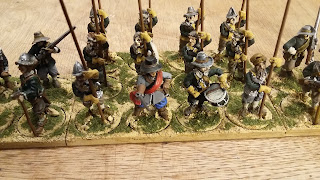 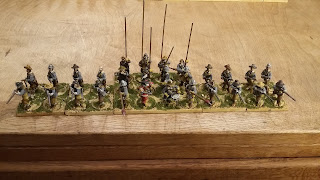 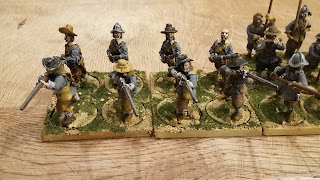 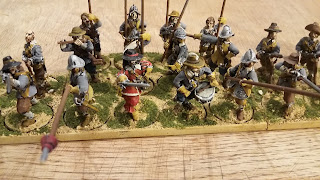 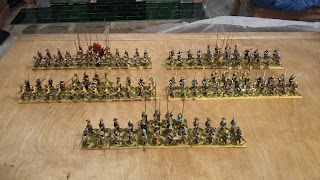 So there's a start, I've got one cavalry unit undercoated and some command that needs cleaning up . Maybe I'll finish my Napoleonic french infantry next ,but I've been saying that for some time!
All the best Iain