Another French hussar unit, this time it's the 5th with their striking blue and white uniform, present at Wagram they were also part of Lasalle's brigade infernale together with the 7th regiment of hussars, I am tempted to get another box of Perry plastic hussars and make them up. I still have French chasseurs to paint and of course Austro-Hungarian hussars  but I can see it happening! Lovely figures that go together easily and are a joy to paint, they're now one of the earlier sets and maybe you would have removable sword arms for variety but they're still great sculpts as far as I'm concerned, I did of course want to paint Conan Doyle's Brigadier Gerard's unit but there is a bit of a sticking point as the unit he is meant to be leading defected to the allies at the beginning of the 19th century, the danger of fictional characters! 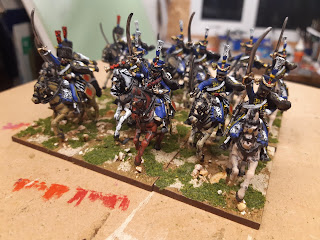 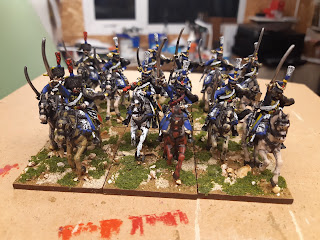 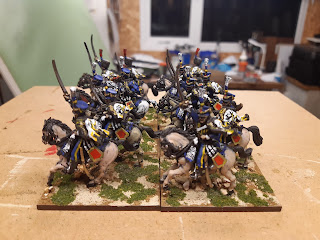 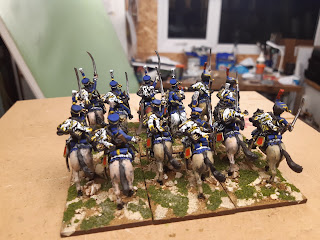 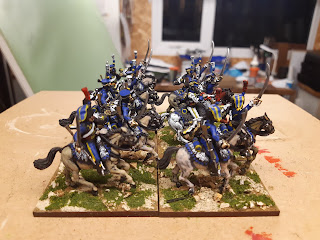 So here they are, I realise I've got to go back and touch up the commanders shako cords as I've got some red on them. As I  said they were fun to do , so when I went to Partizan  I  picked up another box of them, of course! Great show, lots of lovely historical games I had a nice chat with James Morris about his new dark age mass battle  rules Midgard which looks really  good .Next up some Austrian Napoleonic cavalry and then I need to knuckle down to painting more infantry for both sides , or maybe something different just for a change!