So Ray of the "don't throw a 1" blog is very good at covering shows and supplying copious photos, a year or two ago there were photos on his blog of a demonstration game with a renaissance city and a number of people said
" oh we could do with one of those" and  I made a comment saying I could do with one of those castles, "castles what castle?" Says Ray.
The castle in question is actually a toy castle I bought from Debenhams before they went bust, £13 and I have already posted the keep as terrain 6, I first saw this castle on the blessed Mr Awdrys 28mm Victorian warfare blog. When I say I bought it, actually my nephew bought it on my behalf as he was passing and then decided it was such good value he'd get one for himself too!
Unfortunately he realised that he didn't have room in his flat for the whole castle and just wanted the keep, so he gave me the walls and so I decided, I know I'll build a renaissance city! I didn't want a  city with slopping walls, really I wanted late medieval to suit 1495-1530 ish. 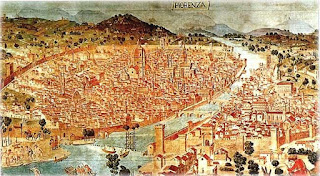 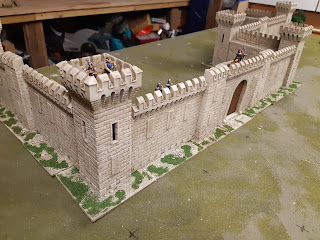 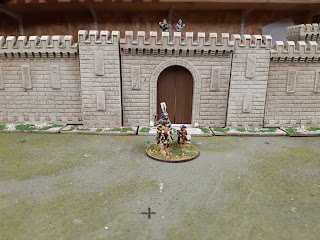 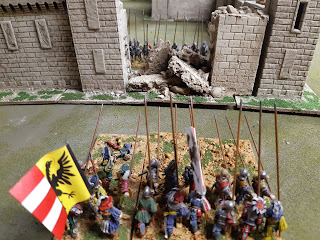 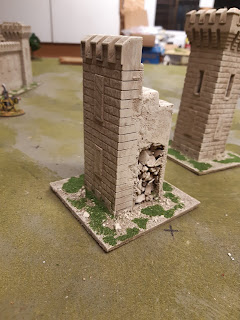 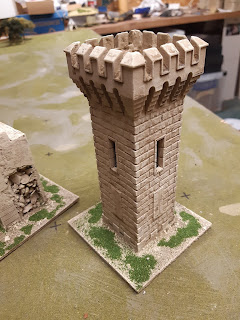 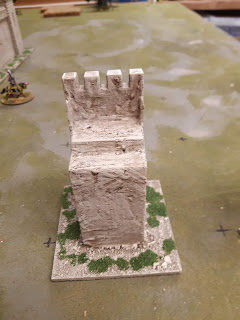 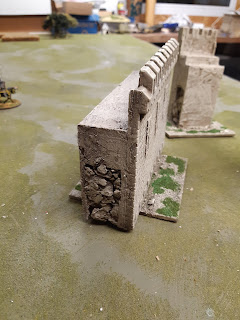 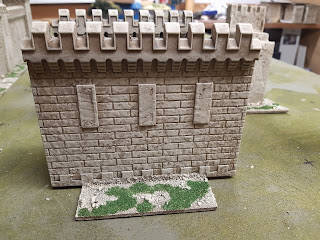 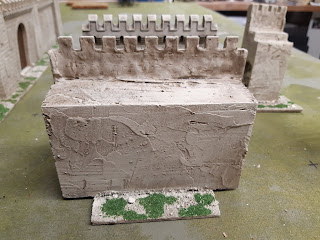 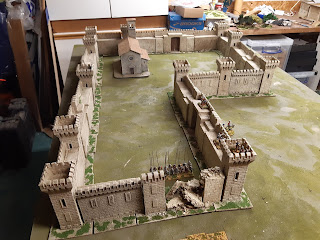 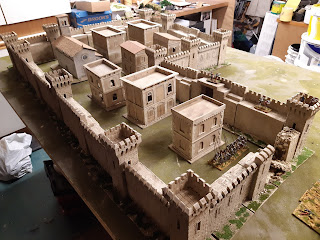 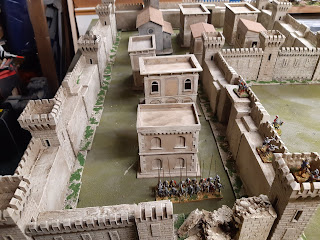 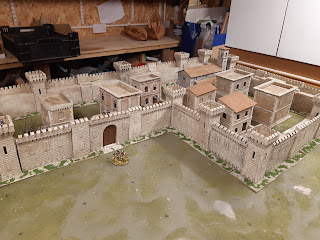 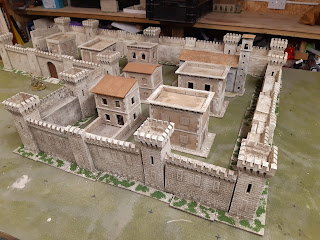 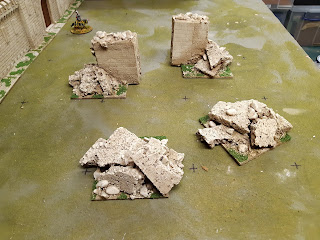 So starting with the pair of toy castle sets I needed to add a thickness as the step supplied with the castle was insubstantial. I had a redundant flush panel door which I ripped down with a skill saw and then cut to the right widths with a cross cut saw. In the ends of the cut down doors I filled them with sawdust and pea and gravel so that when I needed to add collapsed wall pieces it would look like a cross section of the wall. I also wanted all the pieces to be modular so that the towers could act as corners, which is why I didn't add any doors, in addition I had to fill in the large arrow slots but I think that works fine.  I was going for Dubrovnik style limestone (as Dubrovnik is a renaissance walled city designed by an Italian)
Apart from the Mediterranean church ( subject of a previous post) the buildings are work in progress of tt combat mdf Venetian buildings that I am coopting for more general Italian,  they're still wip because I want to add pitched tiles roofs to them as flat roofs are great for carnival (tt's game ) but not really correct for period. Still overall feel is pretty good and I look forward to a siege, maybe Rome 1527?
I'd be happy using it as a French city,100years war and with a change of internal buildings I can use it for ECW too,I just need a  bigger table! So it's all Ray's fault, thanks Ray!
Best Iain