In June  my daughter bought me some Perry Irish figures from their War of the Roses  range for my birthday.  I'm planning on using them as Highlanders for Flodden as I appear to have enough renaissance figures for the Italian wars ( never!) and I want to deploy them elsewhere,  if I sort out some Highlanders and use my WOTR figures for the English ( with appropriate early 16th century command ) I can use Swiss for Scots and I'm good to go
This post is if you like a test with one of the Perry figures, a sword wielding ECW  Highlander from Foundry, an Old Glory Irish archer and finally a lightly converted Ral Partha Viking that,wait for it, I bought in 1977 to play basic D&D as a kid,there I've said it!
Well him and his two identical companions, cost the princely sum of 25p for the three of them!
He wasn't much use as a  henchman, chainmail and double handed swords didn't figure that much, he's been knocking around in a box  for over 40 years but finally he has had the horns cut off his helmet (it was the 1970s!) and been painted up as a gallowglass (scots mercenary in Ireland,or better equipped highlander)
Lovely sculpt and I think the disparate figures work well together 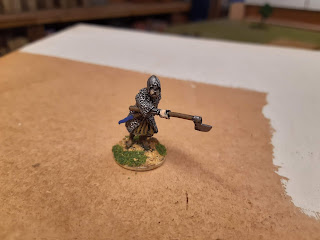 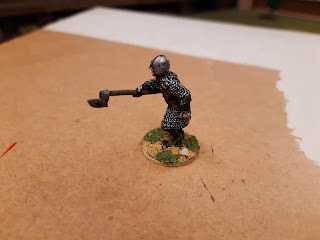 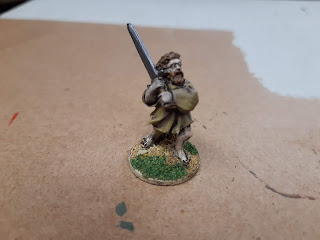 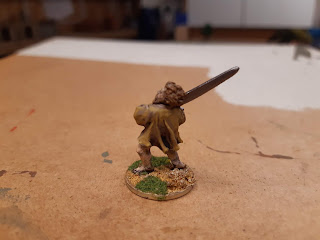 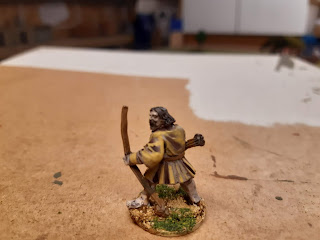 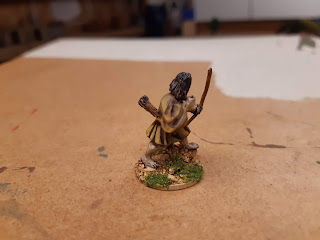 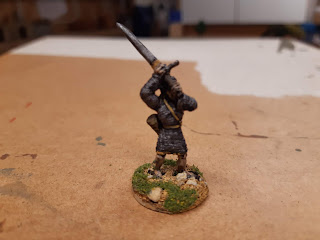 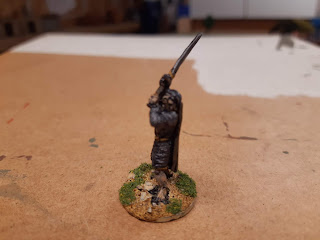 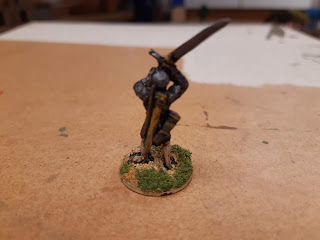 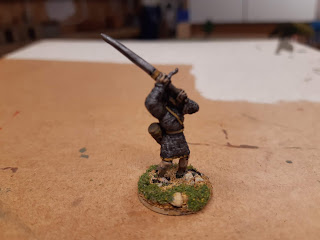 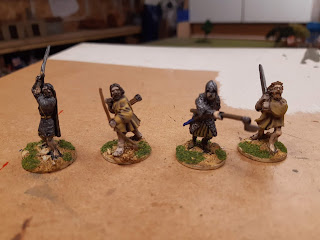 All together, and there should be more to follow during this challenge.
So 4 28mm figures for 20 points
30 points for Millsy's millpond
30 more for the geriatric scandahooligan
So a total of 80 points!
All the best Iain