Here is the balance of the old glory Swiss shot following on from their comrades who were pushed up the painting que for the TtS! Tournament, in addition there are six Perry plastic crossbow men (with metal 16th century heads) which seemed sensible to do at the same time in both cases I use a single row as skirmish missile and simply double up the depth to indicate formed missile units. 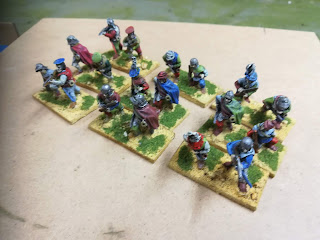 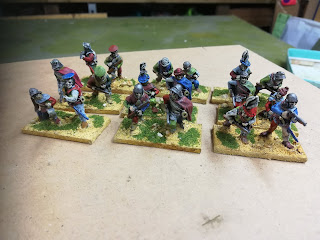 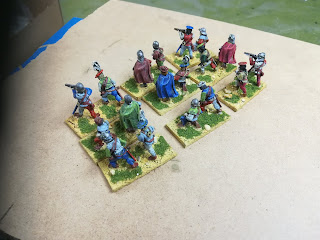 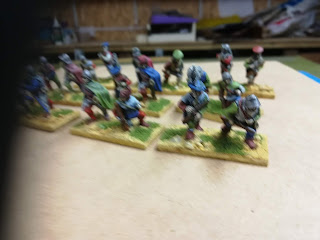 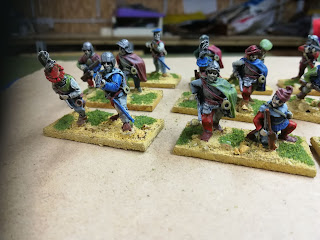 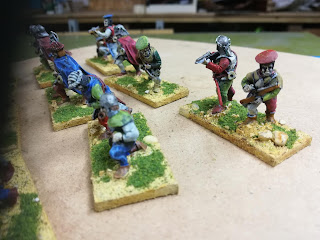 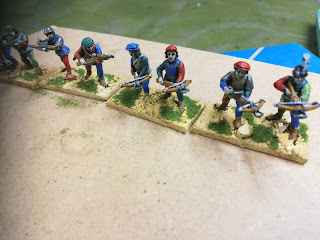 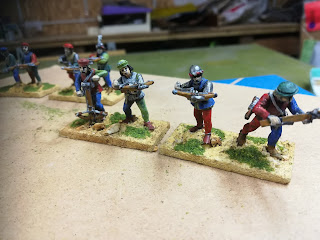 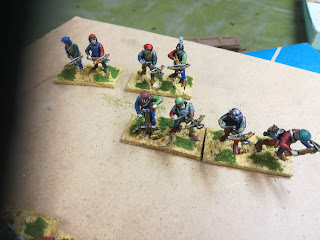 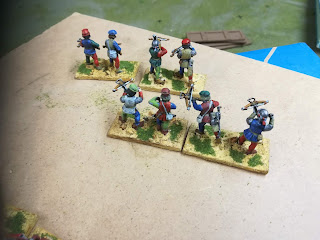 I know some people don't like old glory figures but I know that as far as the Italian wars are concerned their range is characterful, extensive, easy to paint and even though they are not quite as cheap as they were, still reasonably priced.
I've got these done so that I can field a Papal Condatta army to confront my Venetian Condatta army. My teenage daughter recently informed me ( after I had taught her to play gin rummy whilst in transit somewhere) that she just couldn't believe I hadn't shown her how to play games with miniatures, it was also unbelievable and a bit unjust apparently! Still I'm going to take her at her word show her how to play TtS! and no doubt get roundly beaten! Even one game would be good.
Next up maybe some terrain? Although I think I've said that before!
Best Iain