First white primed Austrian Infantry unit, what do we think? Infantry regiment no 46 Chasteler Galician Perry plastic, lot's more of these lads to do! 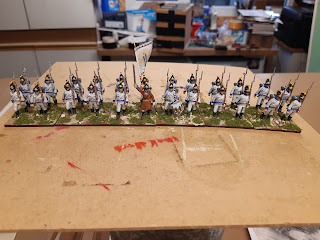 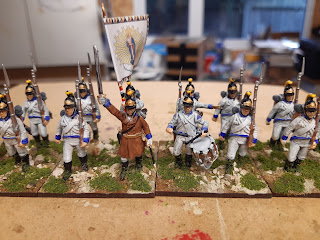 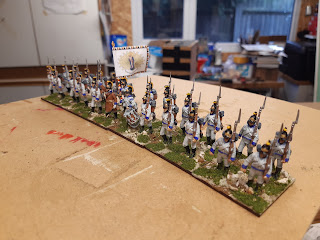 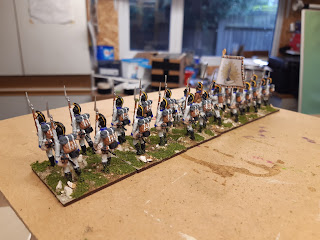 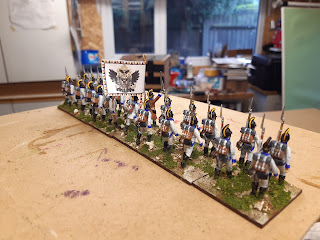 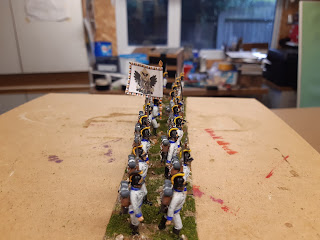 Infantry regiment no 46 they're the first battalion so they're carrying the Leibfahne( the Colonel's colour), I think it's a decent, subtle finish, the only trouble is I rely on the black primer to cover all the other ramel , I can't get to/ be bothered with, priming with white means you have that to sort out,which adds to  time per figure, which I simply  don't  have! As I  said I've got lot's primed white so they'll be finished like this but I wouldn't bother priming white again, it will probably be black or maybe grey with an agrax wash for future white uniforms.
As an added extra we had another game of Blackpowder, Austrians came up short but did get rid of a brigade of French heavy cavalry, I just found assaulting a built up area a bit too  tough and looking online found others in agreement so maybe a house rule or two is in order, gradually getting a hand on the ruleset and just having fun rolling die and pushing figures around! 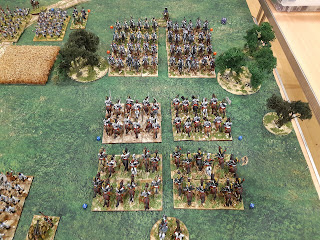 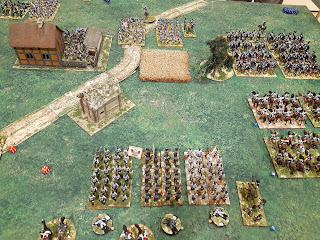 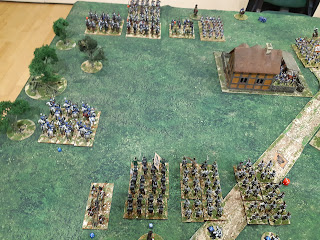 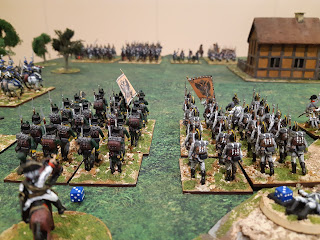 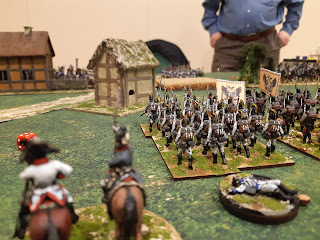 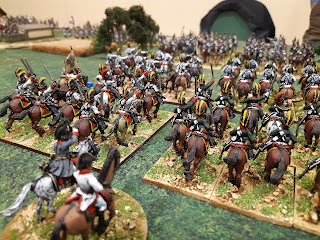 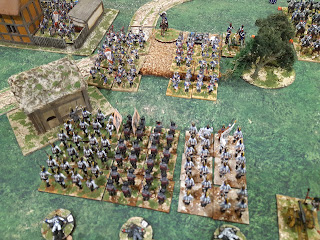 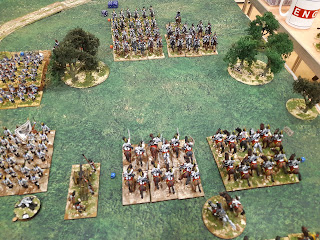 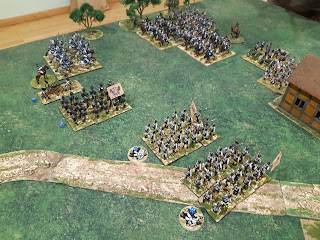 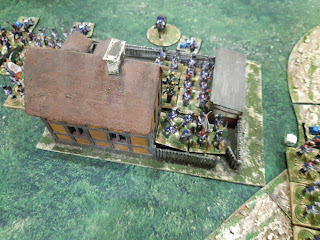 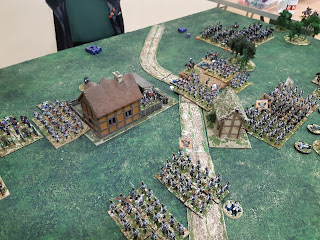 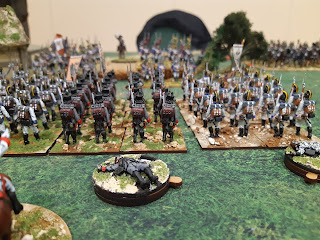 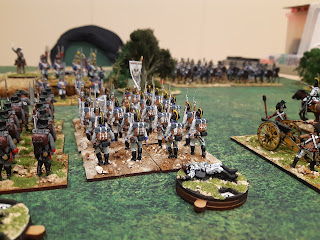 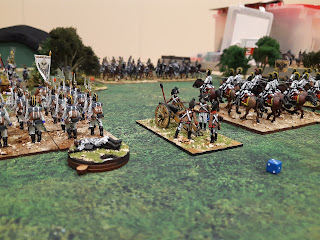 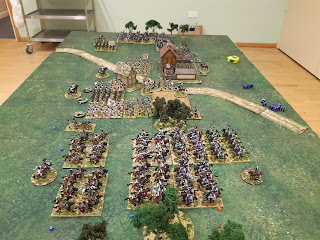 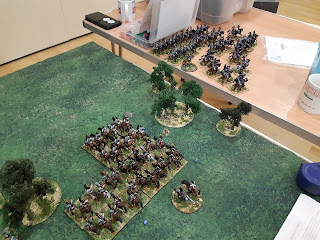 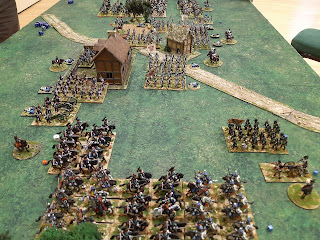 This unit took part with incomplete basing, an Austrian cuirassier unit with incomplete basing joined them, unfortunately I had to do a bit of emergency braking on the way to the club and a number of units experienced a certain amount of breakages, I was glad it was a mostly plastic force! Various French cuirassiers were unhorsed and decapitated and the new Austrian cuirassiers sustained some damage, once they're repaired and based I'll put them up.
All the best
Iain