We have here 24 x gendarmes for the great Italian wars, three units of eight, it's just that two were painted earlier, in fact they've been cluttering up the paint desk for something like eight years! They're metal Perry war of the Roses command figures. The rest are all Perry plastic with the addition of spare Steel fist heads from their gendarmes set.

I've painted up two units as Spanish gendarmes which were less heavily armed than their Italian and French counterparts, the Perry set is for the War of the Roses and goes up to the end of the 15th century, the Great Italian wars starts at the end of the 15th century, they might be a bit old fashioned but in the  words of Rod Stewart, I don't mind, they wear it well!

The other unit I will be using as French and I have given them a French flag I did in a previous challenge, those gendarmes are currently flying Papal/Venetian flags in two of my To the strongest  armies, I wanted to be able to field four armies on my two tables but I have a dearth of gendarmes, hence these 24 gentlemen,  I have a further 24 moving on to the painting table, gosh this laser focus on Napoleonics is going well don't you think?

I've changed techniques on these chaps,previously I would prime black, dry brush white and then paint with washes, giving me a kind of highlighting.  In an effort to increase speed and productivity I have continued to prime in black and then wet brushed the colours on using the black as shadow,  I think it's worked alright, I'm calling them good enough!

The Spanish flags are by Pete's flags, they're ace!

So a unit of Steel fist gendarmes and two units of plastic pound shop gendarmes  have now hit the painting desk, more French gendarmes (they need a lot!) to come! 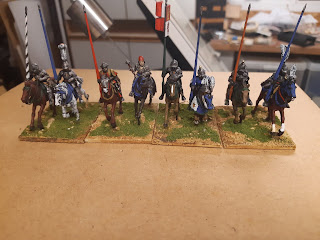 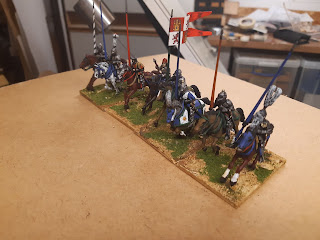 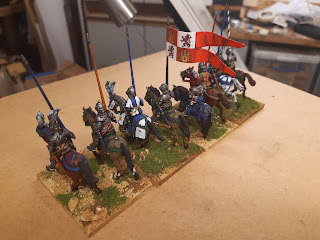 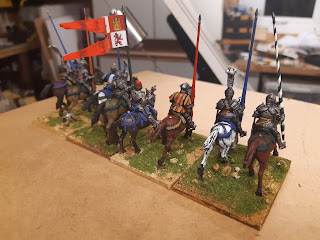 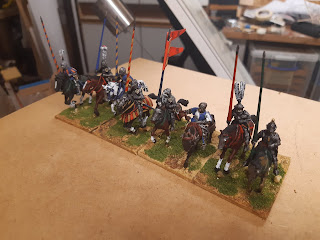 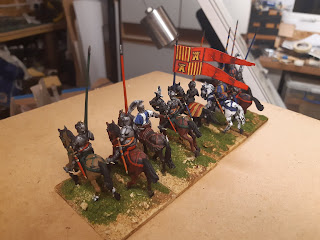 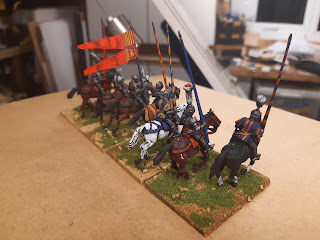 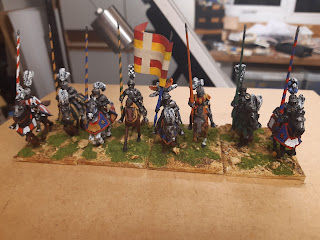 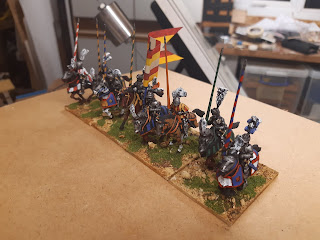 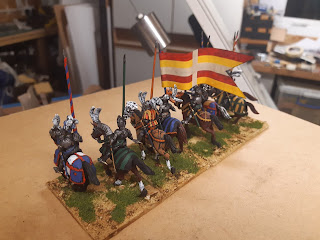 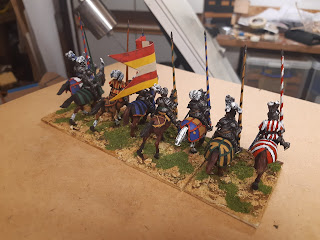 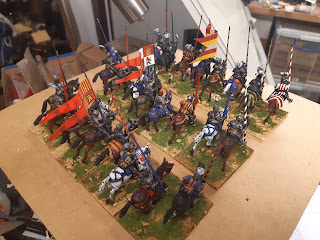 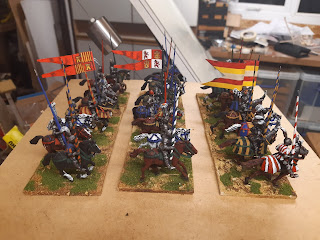 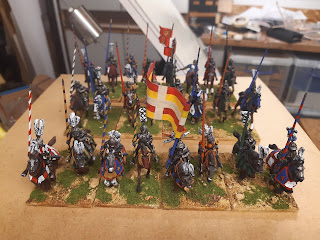 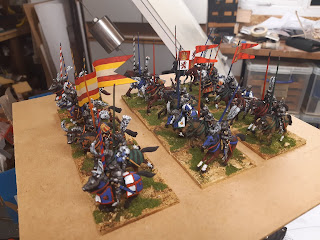 All the best Iain