So here we have three mounted Pictish skirmishers for Dux Bellorum, forming a unit. They're made up of the wargames factory Celtic cavalry box and I can safely say that they are the worst multi part plastic set I've assembled so far. I've swapped out the heads and arms for Perry and gripping beast plastics from the Ansar and dark age warriors respectively.

The horses are particularly weird, especially the heads, I've got a  couple more units and I need to sabot base them at some point, they work alright as highland ponies I guess?

The detail on the human heads as supplied is also really soft,I've kept them in the bits box, so maybe I'll find some sort of use for them! 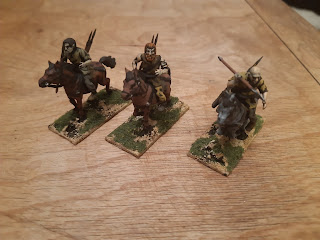 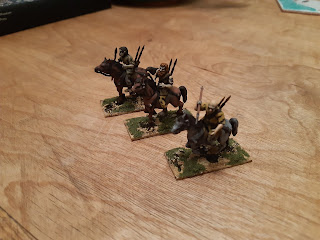 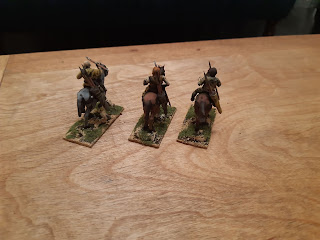 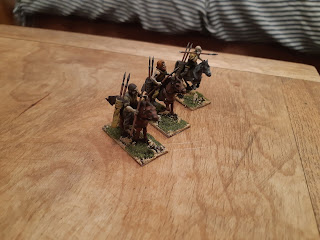 That's it for now,next up more Pictish cavalry of one kind or another or maybe some basing, I'm spending lots of time prepping figures at the moment.

All the best Iain