With the easing of lockdown in the UK and being allowed to visit gardens other than your own, I took my trestles and boards and set them up on the patio. 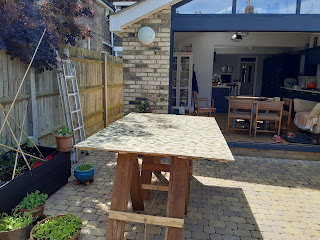 Another TtS game of Venetian versus Papal condatta armies ensued with the Papal forces eventually being triumphant! 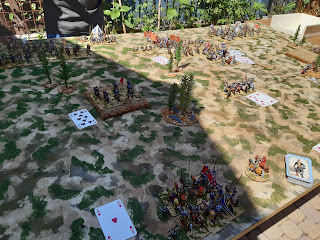 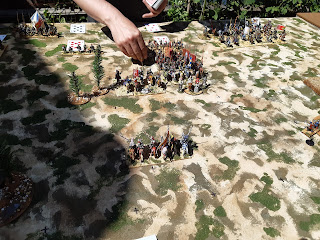 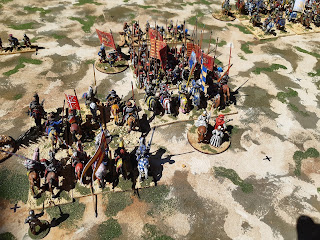 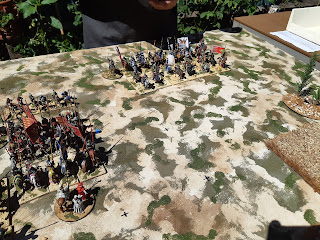 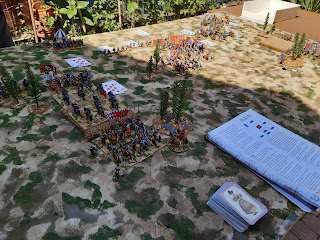 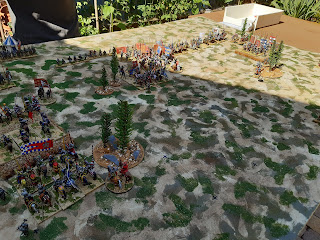 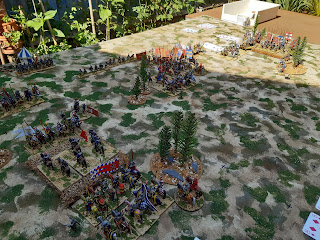 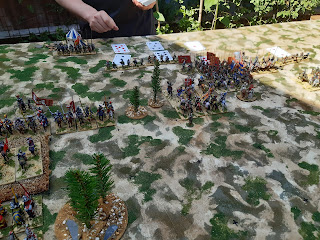 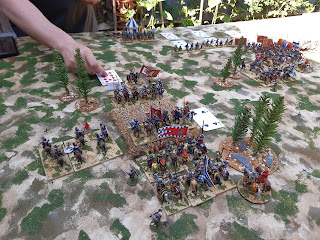 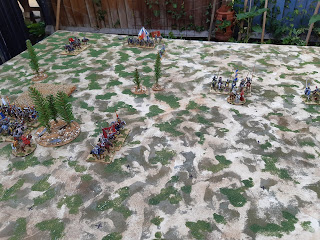 Following that nephew no 1 had been setting up a bolt action game while I played nephew no 2. Once we concluded the two brothers had at it! The Germans won by getting the tank crew man( objective) off the table. 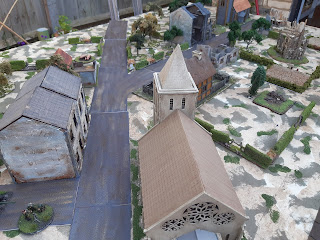 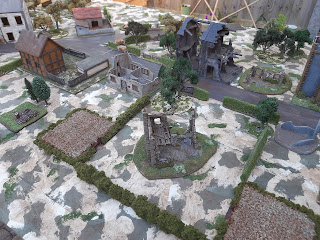 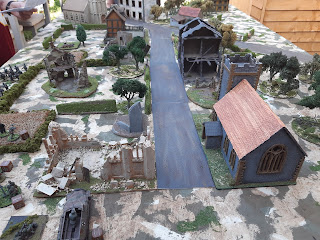 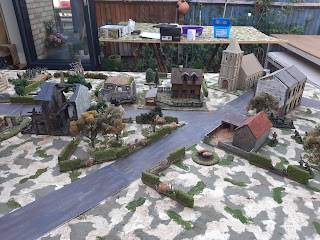 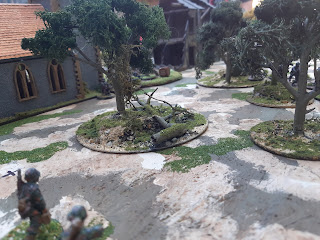 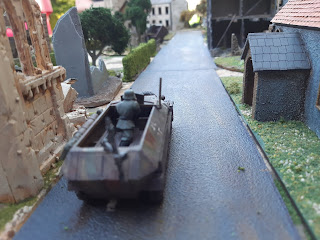 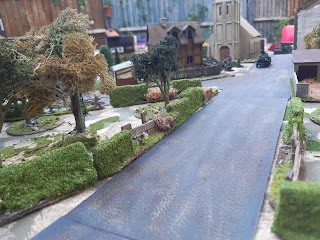 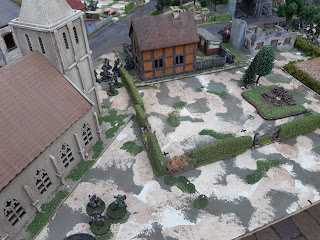 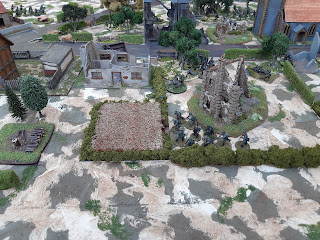 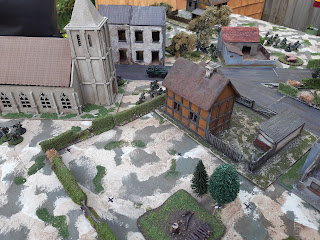 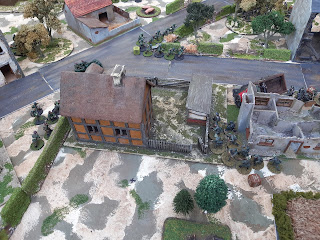 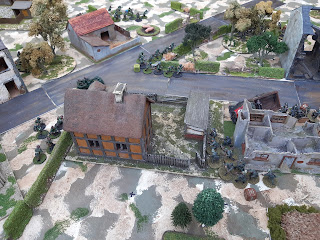 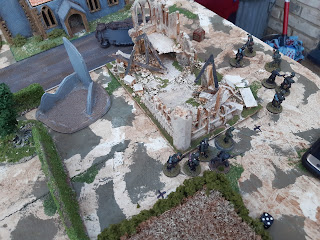 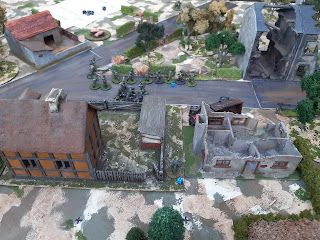 A fun time had by all,the buildings were a mix of mine and nephew no1s, they each supplied their figures, it was the paras first outing so understandable that they lost! The board seemed to work well with the terrain too, which I was pleased about.Nice to have another game,just need more factor 50 for my Celtic skin next time out!