Here we have another Italian wars command stand.  This was the stand that was going to have last weeks spare monk on it but I figured two more command stands with monks was overkill! Instead we have a  warlord plastic standard bearer with Perry arms and head (once more donated by Norm,thanks Norm!) plus warlords younger Maximilian, which I have been informed by Oli (from his Comisado blog ) that it's a bit of a fantasy figure, based on a  posthumous portrait from over a century later  and his costume doesn't look like early 16th century to be honest.  So I decided to use him as a non specific prince and have furnished him with an advisor, Cesare  Borgia had Leonardo, Michelangelo styled himself as a military engineer at this time and this chap is extolling airborne assault a little ahead of his time! He started life as a warhammer/talisman plastic wizard but I saw him painted up on Robbie's Aut Caesar, aut nihil blog on wargaming the Borgias, an excellent blog for renaissance wargaming ,he has replaced the monk. 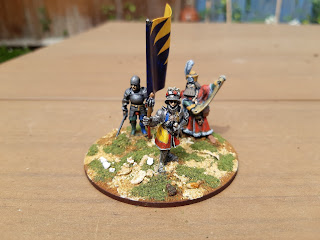 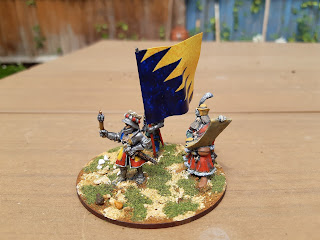 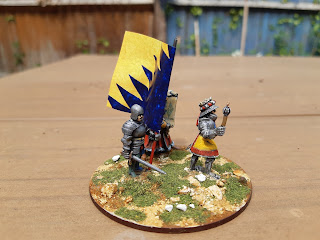 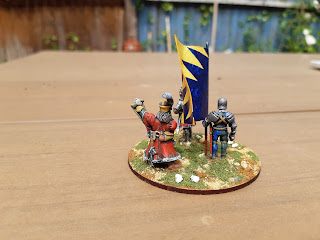 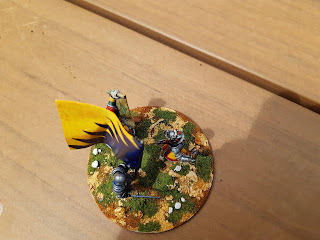 The flag is really a medieval Sienne's flag but it will do until I can dig out something better once I have a printer!
Next up probably some Dux Bellorum types, I know predictable, although I think I could do with a parade of all my Italian wars figures ,everybody likes a parade?