We had another go at Leslie Moor,one of the free download scenarios from Big Red Batcave for For King and Parliament.
This time we swapped sides with my multi coloured regiments standing in for Mr Ed Grundys  Parliamentarians. 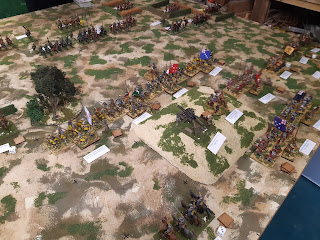 Labels, ammo markers, dash markers, there seems more stuff on the table than TtS. My Covenanter cavalry are making up the numbers( on both sides!) 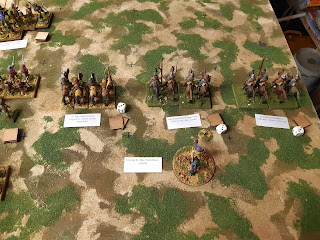 I did my best to advance my cavalry on the right wing. 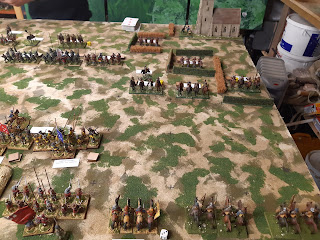 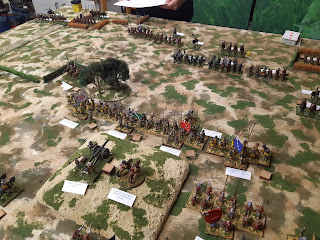 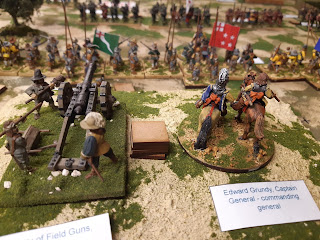 I got to fire a cannon! (Also borrowed from the Covenanter army!) 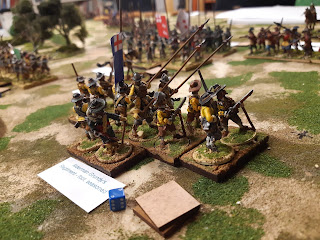 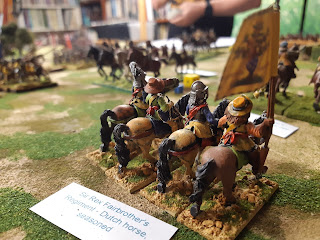 We are actually moving forward! 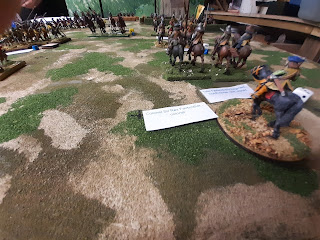 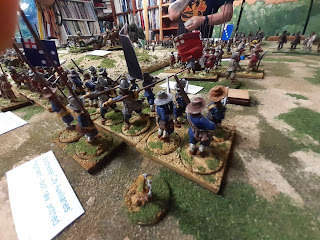 Shooting from both sides, bringing a rash disorder. 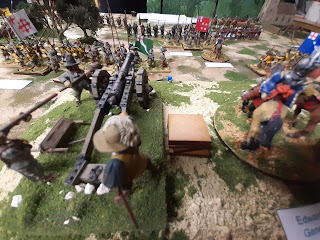 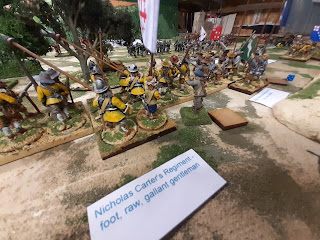 Other Royalist units end up disordered. 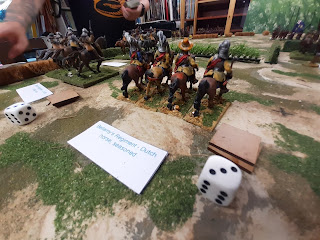 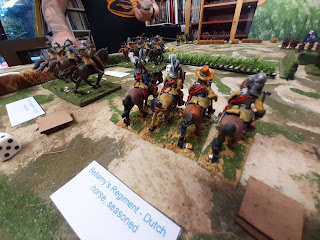 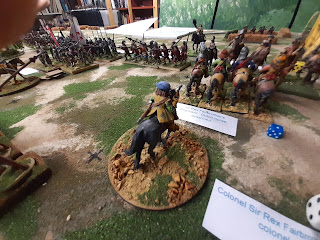 The right wing cavalry defeats their opponents and then dash off in pursuit for the rest of the game! 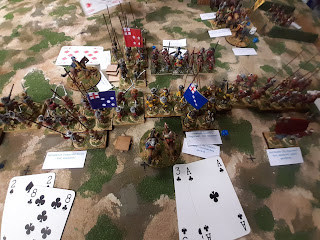 The centre of the Royalist army in a state of collapse 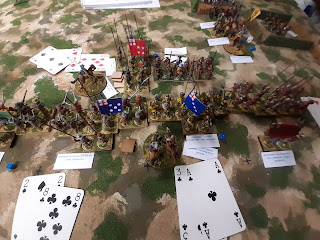 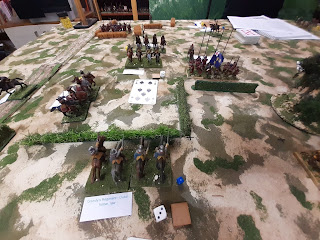 On the left wing I manage to lose a cavalry unit and dragoon unit but nothing can detract from the imminent end of the Royalist army.
Fun game, I would say that as I won but it's funny it ended up with a very similar situation at the end of this game as the last, we got to it in different ways but in both games the Royalist centre collapsed with largely ineffectual activity on the wings.
What it has made me do is push 3 units of Essex horse up the painting que and I am prepping cuirassiers and dragoons, and have also dug out my various pieces of ordinance, which might take a bit longer!I also realise I need to build lots and lots of hedges!
All the best Iain