The week after commanding a Venitian army ,off I went to Venice for a long weekend to celebrate our 20th  wedding anniversary, while there I took a few photos that I thought might be of interest . 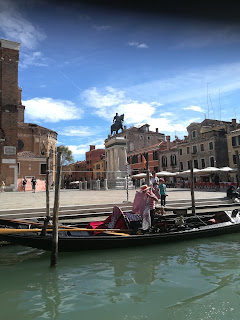 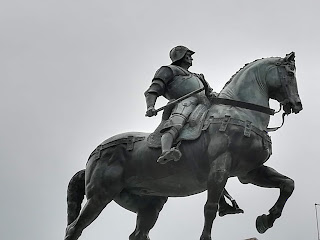 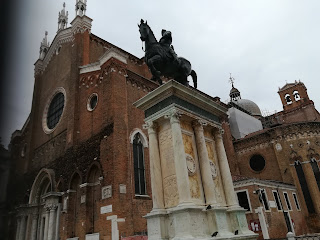 Bartolomeo Colleoni equestrian sculpture of the Condittore, I've wanted to see this ever since finding a book on the Condittore in my college library in Nottingham ( when I should have been researching something else to be honest!) that he was on the cover of,it's a really big plinth he's sitting on!
One of the highlights for me was the St Ursula cycle in the Academy ,painted between 1490 and 1495 by
Vittore Carpaccio beautifully observed and superb draftsmanship and painting. The views of a late 15th century Italian urban landscape are really interesting for me in my current terrain push. 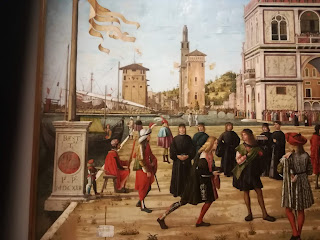 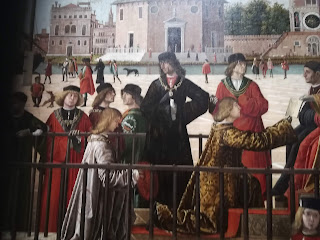 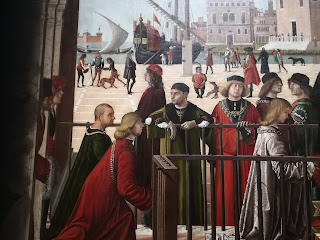 Also in the cycle is a visit to Cologne, the painter has used the Venetian Arsenal as his model of Cologne. 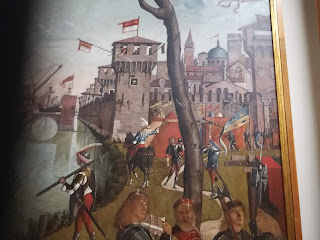 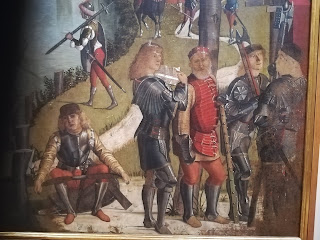 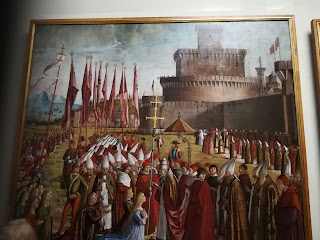 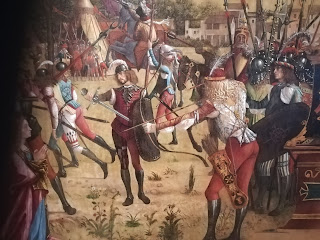 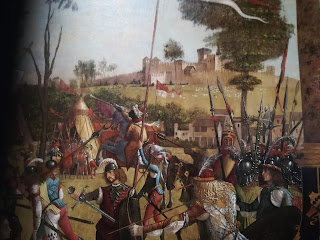 The "Huns" are contemporary troops possibly from Dalmatia,I like that the figures in the second image could be war of the roses Men at arms with Swiss heads! The depiction of Castle Saint Angelo on a flat plain is explained by the artist copying it from a woodprint, I do like all the flags though! In the naval museum there were a lot of really nice models and further down the canal there was an old Arsenal shed with lots of boats in it I've included a couple of pictures of a launch next to a gondala. 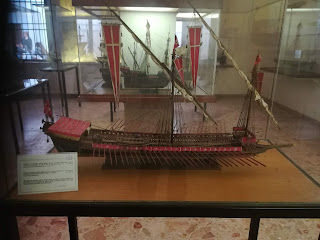 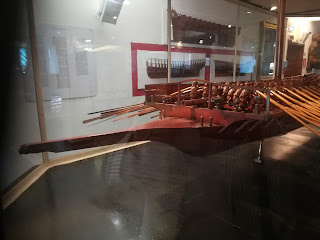 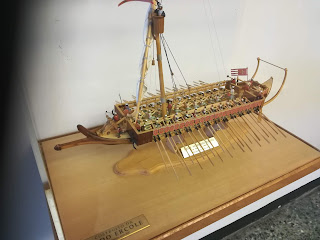 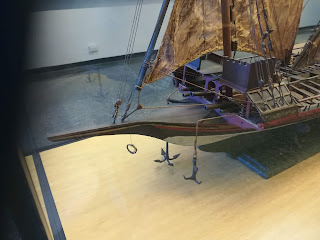 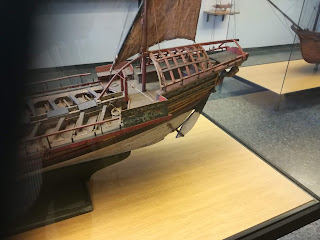 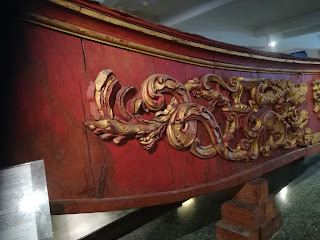 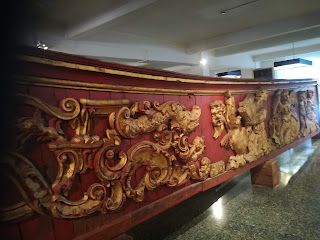 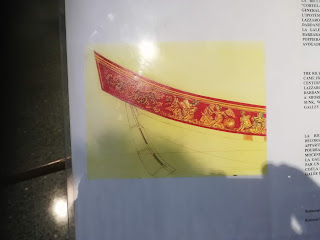 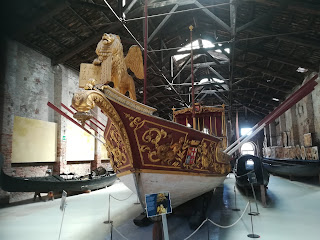 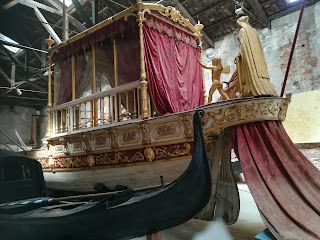 I really liked the old school museum, but I enjoyed the shed even more, I'd certainly recommend it if you are in Venice and your other half is willing to bear it! 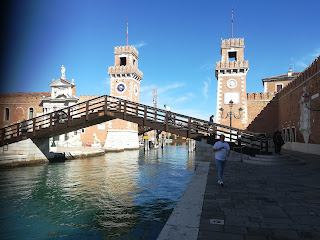 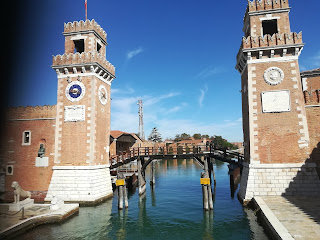 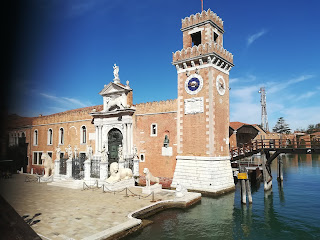 This is the entrance to the Arsenal, the inside of which is still restricted,an elegant military industrial complex. Speaking of the Arsenal, the day before our trip to Venice was my elder brother's funeral,we carried him into the chapel in his coffin wearing his Arsenal kit. So apologies for being a bit tardy commenting and had I not had a tournament to go to there wouldn't have been too much to post recently. It does concentrate the mind and I have finally cleared out a load of gaming stuff I will never use again! Once you've buried your parents I guess it's inevitable that you will bury your older siblings in the natural order of things but it's still something of a shock, I hope the Venetian pictures were of interest and I hope to have some Italian wars terrain up soon.
All the best Iain